The theme for this year’s United Kingdom National Poetry Day is LIGHT.  What sprung into my mind, thinking of light in Middle English poetry, was an image of jasper walls gleaming like egg white in a city which doesn’t need the light of the sun or the moon because it is lit by divinity itself: ‘The selfe God was her lambe-lyght, / The Lombe her lantyrne’ [God himself was their lamp-light, the Lamb their lantern].  It comes in what might just be the best stanza in Middle English poetry.

The stanza belongs to a fourteenth-century dream-vision poem, Pearl, by an anonymous poet.  The narrator of Pearl has been granted a sight of the heavenly city, the New Jerusalem.  Following in the footsteps of John of the Apocalypse, here equated with John the apostle, the narrator describes the city.  Here’s the description of the city in Revelations:

Here’s the same description as translated and versified by the Pearl-poet (with my own modernisation underneath):

As John devysed yet saw I thare;
Thise twelve degres wern brode and stayre.
The cyté stod abof ful sware,
As longe, as brode, as hyghe ful fayre;
The stretes of golde as glasse al bare –
The wal of jasper that glent as glayre –
The wones wythinne enurned ware
Wyth alle kynnes perre that moght repayre.
Thenne helde uch sware of this manayre
Twelve forlonge space, er ever hit fon,
Of heght, of brede, of lenthe to cayre,
For meten hit syy the apostel John.

Much of this stanza is straightforward translation.  The city shrinks from 12,000 furlongs to 12: this may be due to scribal error or it may be that the poet (or his narrator) domesticates heaven by making it smaller.  He calls it a manor, imagining ‘wones’ (dwellings) within.  The poet keeps John’s simile describing the streets of gold which are as brilliant as glass, and adds one of his own.  The jasper walls gleam like glayre, egg-white (raw not cooked, I think?), which has a glassy, gleaming, gelatinous shine.  In a jewelled city, this organic image grabs hold of your attention just enough to make you reprocess this glittering, familiar description. 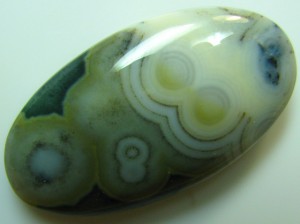 I like this stanza too for its bending and flexing of the rules of form.  The stanzas of Pearl rhyme ababababbcbc.  This stanza follows that form, but the poem chooses similar sounds, are and ayre, for the a and b rhymes.  This near-rhyme enhances the amount of sound-echoing in the stanza, making it seem all so more heavenly. The four-beat lines are used to emphasise the perfect dimensions here: as long as broad as high full fair.